One Team, One Goal.

Behind Growithy there is a great team with trust, respect and understanding for each other – and that is exactly what we also offer our clients. We accompany you step by step to your success. Our passion for what we do makes us unique and a reliable partner for your business.

These brilliant minds are here for you

We live our company philosophy: employees define the success of a business. With Growithy you have a highly qualified, talented team at your side. People with specialized knowledge, character and experience. Their expertise, their entrepreneurial know-how and their cohesion are the key to our high customer satisfaction. Our goal is to provide our customers with the best possible service and the highest possible performance with lasting effect. 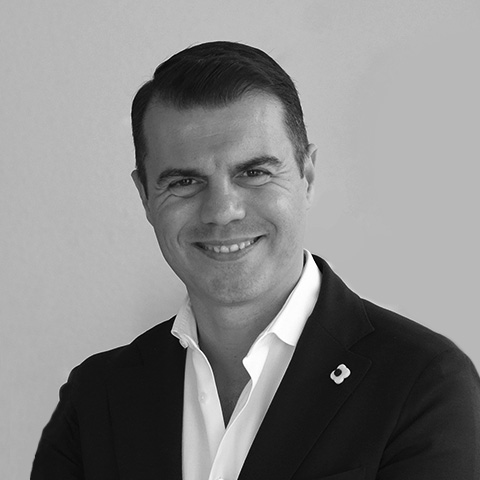 Fabrizio Turdo a.k.a. The Lord of Goodlife Founder & CEO

Life motto: “The most extensive knowledge is not written down in books. It is passed on to us by the people we meet, and the experiences life gives us.”

Vita: The experiences during his career have personally shaped Fabrizio Turdo and have given him the essential knowledge to face today’s challenges.

At the beginning of his professional activity, Fabrizio worked as a personnel consultant – a time in which he got to know and appreciate people in their countless facets. This sparked his passion to find the best environment for the personality of his candidates.

After ten years, he decided to take a different path. He took over the role of National Construction Manager at H&M, where he not only helped build and introduce the local teams, but as a linguistic multi-talent helped the fast-growing company expand. This gave him the opportunity to get to know and understand different cultures.

During a vacation in South America, he and a friend developed an idea that would later revolutionize the temporary job market. In 2009, this led to the founding of Staff Finder AG, today Coople (Schweiz) AG – the world’s first fully automated online platform for temporary work. As Co-Founder and Head of Business, he got to know the connections between entrepreneurship and a scalable start-up and was able to gain valuable experience for his current vision and mission.

After a one-year sabbatical and a period of three years, during which Fabrizio experimented with a new idea of management consulting, all the pieces of the puzzle finally came together and Growithy was born. Driven by his credo: “People who ‘must’ never perform like those who love working for you!”, he wants to change the status quo of how the culture of every company is perceived today and help to generate growth by putting people back in the center of business. 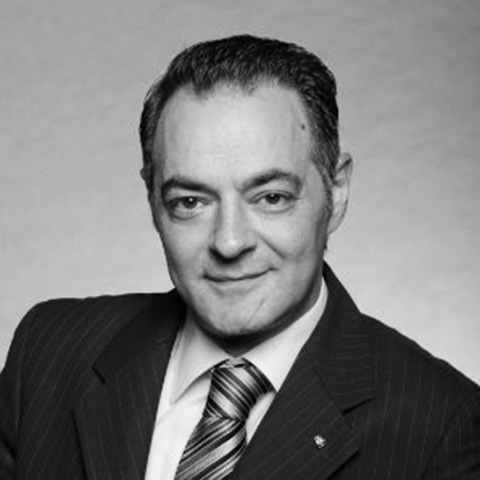 Life motto: “The only limits that exist are those that we set for ourselves.”

Has a wide range of interests and is always looking for new experiences. Loves to travel and enjoy time with family and friends.

Vita: Already as a little boy, his favorite toy car, a red Alfa Romeo, was the greatest thing on earth for Francesco Antonaci – and the interest in cars and the car industry continued into his teenage years. No wonder Francesco started his apprenticeship with a car company.

After successfully completing his training, he spent several months in England to learn English before he started his professional life as a salesman of advertising space in trade magazines.

However, his love and affinity for cars did not let go of him and finally brought him back to the automotive industry in 1992 when he joined Ford Credit Europe Plc in the field of vehicle financing for private individuals.

During his last two years at Ford, he retrained to become a fleet management specialist and subsequently helped with the co-development, introduction and implementation of the fleet management system in Switzerland.

In 1997, his professional experience in this area helped Francesco to a position at BMW Group Financial Services, where he assumed responsibility for the development of the fleet management division within the BMW organization.

After three years at BMW, he joined Alphabet Fuhrparkmanagement AG, a subsidiary of BMW Group Financial Services, where he was promoted to CEO of the company in 2010.

But soon he felt an urge for something new. For this reason, in 2013, Francesco ventured into a completely new world for him. With the change to Staff Finder AG (today Coople Schweiz AG), the world’s first just-in-time platform for flexible jobs, he joined the personnel services industry. In the position as COO / Head of Projects, he helped, among other things, to set up the internal project management organization and a new branch in Lausanne.

In 2017, he decided to become self-employed. Francesco founded the sole proprietorship FA Consulting and made a name for himself as a management consultant before finally joining Growithy as a partner. 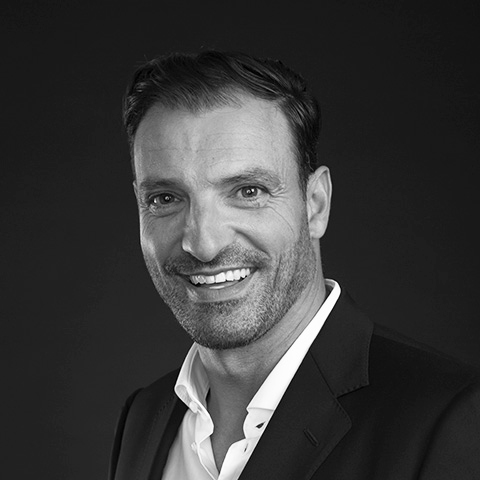 Carlos Lima a.k.a The Social Networker Head of Business

Life motto: “People shape our world and there is hidden potential in every person. Just try to discover it and live it. You will be surprised and see it’s worth it. Stay curious…”

Cosmopolitan spirit with multicultural background, always open to new ideas. Fascinated by people and their development. Enthusiastic about life.

Vita: From successful top athlete in handball and triple jump to a sought-after speaker, seminar leader and moderator as well as entrepreneur in the field of poster advertising and marketing – this is how Carlos Lima’s career can be summarized in a nutshell.

Raised in Lucerne, the Spanish-Swiss dual national first attended the Teachers Training College to become a primary school teacher and then studied business administration and sports science at the ETH in Zurich.
At the same time he played top handball for Borba Luzern, TV Suhr, HC Kriens and abroad for the top clubs Ademar León (Spain) and TBV Lemgo (Germany). With his team he became champion in Switzerland, the Spanish league and the German Bundesliga, and with Ademar Leon he even finished as a runner-up in the European Cup. From 1992 to 2005 he played 181 international games for the Swiss national team, with which he achieved top international placements at several World and European Championships and the Olympic Games (Atlanta 1996). A special highlight: in 2004 Carlos was given the honor to carry the Olympic Torch at the Closing Ceremony of the Olympic Games in Athens.

As if this wasn’t special enough, Carlos was also a top athlete. He twice won the Swiss Championship title as well as the European Youth Champion title in triple jump.
In terms of his professional career, Carlos started as a sports teacher, then worked as an event manager for the UEFA Champions League and as a marketing specialist for various companies. Since 2010 he has been the owner of Carlos Lima sports & more GmbH and partner and marketing manager of Ace2Ace outdoor media ag.
However, he remained true to sports throughout this whole time. During and after his handball career in Germany, he acquired all coaching diplomas, coached various clubs and is now an active coach for the women’s Spono Eagles Nottwil team.

Carlos has also been an ambassador for the Laureus and the Right to Play Foundation, for Ochsner Sport and Hotelplan, and was on the board of the Swiss Olympic Athletes Commission for 20 years. He also serves on the advisory board of FC Luzern and the Swiss Radio and Television (SRF) as a handball expert for the senior national team.
During his now more than 18 years of work as a speaker, moderator and coach for various large and small companies in Switzerland and abroad, he has individually accompanied, supported and shaped the development of executives, management and the professional careers of individual leaders.

Growithy is proud to have someone with his experience on board. His multilingualism – he speaks and moderates in German, Spanish, French, Italian and English – makes him particularly interesting for international customers, especially since he is also very familiar with cultural distinctions. 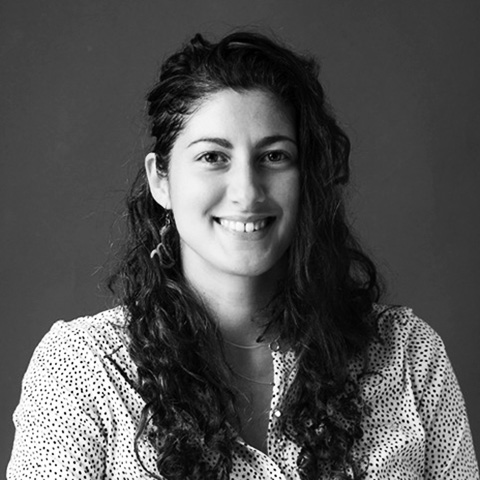 Life motto: “Life is wonderful, if you accept everything of it.”

Vita: Already in her youth Stefania Randazzo showed a keen interest in philosophy. At the age of 18, the Italian native moved to Bologna, where she completed a Bachelor and a Master degree in this field.

After finishing her studies, she decided that she wanted to use her acquired knowledge in a more practical area and therefore decided to start a second Master in Communication.

A new adventure began: Stefania moved to Lugano in Switzerland and started her Master’s degree in English, a language she was not confident with and in which she hardly knew a word. Nevertheless, she accepted the challenge and not only successfully completed her degree in 2012, but also learned perfect English at the same time.

During her studies, she found a job at a digital agency and thus the professional direction she wanted to go: Marketing and Communication.

In the following years she was able to deepen her knowledge at two other agencies. She had the opportunity to work for multinational companies worldwide, to implement marketing strategies and digital initiatives, to manage IT projects and to train customers in digital topics, her favorite subject.

Even beyond her areas of expertise, Stefania was always involved as an external eye to bring freshness to projects. The work was easy for her because she was in the right place and did what she liked.

However, after almost eight years of agency work, Stefania felt it was time to continue growing and trying something different. The desire for change and new motivation ultimately manifested itself in the form of moving to Zurich. Professionally, the most important thing for Stefania was to find a job that fulfils her, motivates her, gives her new perspectives and enables her to grow.

This is how she finally joined Growithy. Here, Stefania found the perfect combination of a healthy working life and a team of good people with whom she truly enjoys spending time.

What we offer you

The Growithy team offers you international experience in the areas of Consulting, Business Management and Development, Human Resources, Marketing & Communication and Finance. 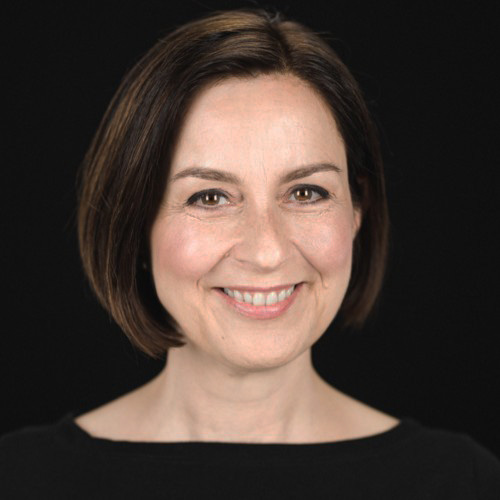 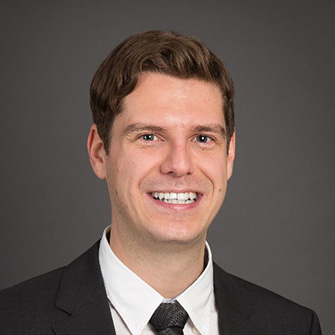 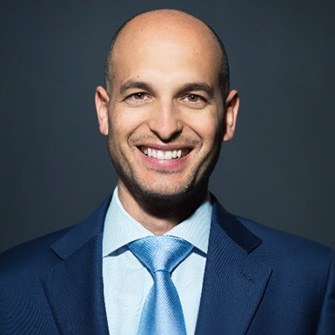 You don’t build a business – you build people – and then people build the business.

– Zig Ziglar, American author, salesman & motivational speaker
Contact us – together we will put your business in the fast lane! Drop us a message

We use cookies to personalize our service and to improve your experience on the website and its subdomains. We also use this information for analytics.